Department of Labor Evaluating Next Step in Overtime Case

Author -  Margaret Kostopulos Date - Monday, November 28, 2016
Playing it close to the vest, the Department of Labor issued a brief and non-committal press release over the holiday weekend about the injunction issued late last Tuesday which put the brakes on the new overtime rules set to take effect this Thursday. Noting that the DOL “strongly disagrees” with the court’s decision; it also referred to the effect of the preliminary injunction as “delaying a fair day’s pay for a long day’s work for millions of hardworking Americans.” 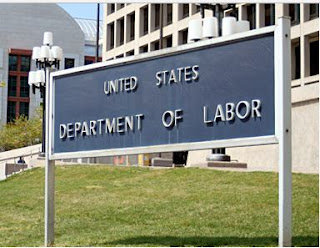 Despite its strong disagreement with the decision of Texas federal court judge Amos Mazzante, the Department did not commit to appealing the order issuing a preliminary injunction; rather it said that it was “considering all of our legal options.”


Last Tuesday’s decision was the result only of a hearing on whether the court should put a temporary hold on the December 1st effective date of the new overtime rules while all of the underlying claims of the plaintiffs in the case are heard. Preliminary injunctions, while only amounting to a temporary order to hold the status quo while the court considers the entire case, often serve as a bellwether for how the court will rule on the underlying issues. In order to prevail in a hearing for a temporary injunction, the party seeking it must establish the following elements:
The court found that the new overtime rule established such a large increase to the salary minimum that it had the effect of creating a salary only test for exemption, which is contrary to the intent of the Fair Labor Standards Act. The court also found, without too much discussion, that the Department exceeded its rule making authority with inclusion of the automatic increase provision which would have adjusted the minimum salary level for exempt employees periodically in the future. These preliminary findings resulted in the court concluding that the plaintiffs have a substantial likelihood of success in the case overall.

It seems likely that the DOL will appeal the decision granting the temporary injunction, although it could certainly find that the maintaining the status quo while the case is heard provides more stability for the American workforce. For now, though, it is advisable for employers to themselves maintain their status quo while the courts decide the issues.