Home / Unlabelled / The ILRB Finds State is at Impasse with AFSCME

The ILRB Finds State is at Impasse with AFSCME

Author -  Jeff Brown Date - Thursday, November 17, 2016
Tuesday, the Illinois Labor Relations Board (“ILRB”) issued a 5-0 verbal order determining that the State of Illinois and AFSCME Council 31 are at an impasse in negotiations for a new collective bargaining agreement for state employees. The unanimous ruling means Governor Rauner now has legal authority to implement his last and best offer to AFSCME once a final written ruling. When that happens, AFSCME will have several options, including initiating a strike or filing an appeal the ILRB decision to the Illinois Appellate Court. 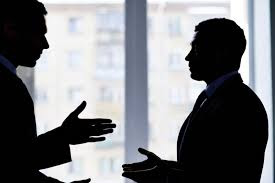 The unanimous ILRB ruling is a significant victory for Governor Rauner. While the parties can go back to the bargaining table, that option seems unlikely; given the bargaining history and Governor Rauner’s desire to achieve substantial costs savings and operational flexibility in light of the state’s financial crisis. During the collective bargaining negotiations, Governor Rauner proposed numerous contract modifications designed to ease the financial burden on taxpayers. Unsurprisingly, AFSCME rejected all of the Governor’s proposals. The Governor’s cost savings proposals included the following:

At least 19 other unions have already ratified collective bargaining agreements with the State of Illinois that include provisions similar to the above. Indeed, while a strike is an option for AFSCME, that course of action seems entirely doubtful.

In particular, AFSCME is likely reluctant to strike because it does not have a strike fund, like many other unions, that pays out a stipend when employees are locked out or on strike. Although AFSCME has significant assets according to its filings with the U.S. Department of Labor, without a strike fund it seems ASFSCME would not be willing to sell or mortgage some of its assets to help its 38,000 members in the State of Illinois. What is more, AFSCME has made no mention of any interest in paying a stipend to its membership, instead expressly advising the membership to financially plan for a strike by setting aside money, revising household budget to cut back on things that may not be absolute necessities, work overtime and bank overtime pay in a separate account, schedule any predictable medical appointments right now, hold off on making any major purchases, and postpone vacation plans involving travel until the negotiations are settled. It seems improbable that AFSCME members would go without pay and without assistance to avoid giving in to the Governor’s reforms.

Under Illinois law, once a genuine impasse has been reached, the duty to bargain becomes dormant, thereby permitting employers to implement its entire last, best, and final offer on the most significant issues in the negotiations, such as wages and healthcare. This collective bargaining leverage was reaffirmed by the ILRB decision Tuesday. It also deters improper dilatory bargaining tactics that AFSCME is often accused of invoking during collective bargaining negotiations. The ILRB previously found in City of Peoria, 11 PERI ¶ 2007 that AFSCME trains its negotiators to respond to a declaration of impasse by stating that they still had room to move. It also deters parties from surface bargaining, that is, the undertaking of a calculated strategy of avoiding reaching an agreement, and does nothing more than ‘going through the motions of bargaining.’ Even more significant is that during tough financial times, the ILRB decision will permit employers to express bargaining goals – increased flexibility, efficiency, and cost-savings – and submit proposals consistent with those goals without fear of unions claiming that the true purpose was to frustrate the collective bargaining process. In other words, the ILRB decision will require unions to be more willing to work with employers to seek a mutual resolution in lieu of having a last, best, and final offer unilaterally implemented once impasse has been reached.

Because AFSCME has stated its intent to appeal the ILRB decision to the Illinois Appellate Court, the parties’ dispute will continue to be litigated. Any appeal will not be decided until likely mid to late 2017. We will continue to provide updates as they become available.