Court Rules PSEBA Does Not Extend to Non-Sworn Paramedic 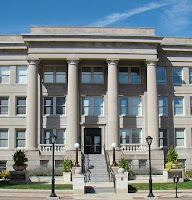 In the past few weeks, some very unusual things have happened.  Donald Trump was elected president, proving that anything is truly possible; a federal judge in Texas threw a wrench into the workings of the FLSA salary threshold changes previously scheduled to take effect today; and last but not least, an Illinois appellate court issued a PSEBA decision that was positive for, drum roll please, employers.  That’s right.  Get up off the ground.  I did actually say that an Illinois appellate court has ruled in favor of a public employer in a PSEBA case.
As most of you already know, the Public Safety Employee Benefits Act (“PSEBA”) provides basic health care free of charge to a list of catastrophically injured public safety employees and their families, typically sworn firefighters and police officers.  While we all agree that a truly catastrophically injured police officer or firefighter is absolutely entitled to these benefits, as with any entitlement benefit, PSEBA is often abused.  And typically, when Illinois courts are called upon to weight in on PSEBA issues, they side with the employee.  So the case of Jodie Mitchell v. Village of Barrington is a welcome change in course from the courts.

Mitchell was hired by the Village of Barrington in 1988 as a “paramedic.”  At the time, Mitchell did not go through any type of Board of Fire and Police Commission (“BOFPC”) testing and she was not appointed by the Village’s BOFPC because, at the time, it did not exist.  In 1994, the Village decided that it would convert its paramedic positions to full-time sworn firefighter/paramedics.  The Village notified all of its current paramedics of this proposed change.  The new firefighter/paramedic position was to be appointed by the Village’s BOFPC, which came into existence between 1988 and 1994.

Mitchell declined the Village’s offer to become a firefighter/paramedic and remained as an unsworn civilian paramedic.  Due to a Department of Labor change in 1999, Mitchell’s duties were slightly modified such that she was required to “assist” with fire suppression duties.  The Village’s fire chief issued a memo to Mitchell clarifying that she would not normally be assigned to the initial “attack crew” at a fire scene.  Mitchell agreed to this arrangement.  Mitchell was represented by the firefighter’s union for collective bargaining purposes.  Her pay was always negotiated within a range that was 7.5% to 9.6% less than the wages of full-time sworn firefighter/paramedics because she did not perform the same duties as the sworn members of the department.  Mitchell never challenged the lower wages by asserting that her job duties were similar to those of the sworn personnel, and her job title was never changed from civilian paramedic to full-time firefighter or sworn firefighter/paramedic.

In 2007, Mitchell injured her back while on the job.  She slipped on ice while exiting the ambulance at a call for service in a residential home.  Her employment was terminated by the Village on January 29, 2008.  On August 31, 2009, Mitchell’s attorney sent a letter to the Village demanding PSEBA benefits for his client.  On November 3, 2009, the Village’s attorney responded to the letter telling Mitchell’s attorney that she was not eligible for PSEBA benefits because she was not a sworn firefighter at the time of her injury.  The Village’s attorney invited Mitchell to submit any evidence that she had that demonstrated that she should be covered by the Act.

Mitchell filed a Complaint for Declaratory Judgment on September 10, 2012 alleging that her duties were the same paramedic duties performed by other sworn firefighter/paramedics employed by the Village.  Ultimately, the trial court granted the Village’s motion for summary judgment in this case on two grounds.  First, the court held that the 16 month delay between the initial denial of benefits under the Act and when Mitchell filed a formal request for benefits violated the doctrine of laches, in other words, the formal request for benefits was untimely.  Second the court held that Mitchell failed to establish that she was denied equal protection under the law because she was treated differently than other firefighter/paramedics.  Mitchell appealed the trials court’s award of summary judgment.

The appellate court upheld the summary judgment.  The court based its decision on its interpretation of the language in the statute.  Specifically, the court held that Mitchell presented no evidence that she was ever a sworn firefighter/paramedic and therefore did not meet the definitional requirements of the Act.  The court rejected Mitchell’s argument that she should be considered a full-time firefighter instead of a civilian paramedic because she performed a support role for firefighting.  The court had previously considered this same argument in a case about pension benefits.  In that case, the court held that a paramedic cannot be classified as a firefighter even if he or she participated in firefighter duties until such time as he or she is actually appointed as a sworn firefighter.  Mitchell also tried to argue that she was a firefighter pursuant to the amended definitions in the Act which provide that firefighters may also be licensed EMTs who are “sworn” members of the fire department.  The court held that this does not apply to Mitchell because she was never a “sworn” member of the Village’s fire department.

While it is positive to see that the court carefully analyzed the facts of this case and did not automatically side with the employee, as is typically the case with PSEBA matters in Illinois, this is only cause for cautious optimism.  Absent an identical set of facts, it is unlikely that the court would rule similarly in denying PSEBA benefits to otherwise qualified employees.  It does bear mentioning that this decision certainly seems to imply that the court is making a distinction under PSBEA between “full-time sworn firefighters” and all others.  This seems to suggest that part-time firefighters and certainly contract firefighters who are not sworn members of a municipal fire department may not be entitled to PSEBA benefits.  This is certainly something to consider if a part-time or contract employee attempts to make a claim for benefits under the Act.