During President Trump’s address to Congress a couple of weeks ago, he briefly mentioned his support for paid family leave. The President’s daughter, Ivanka, has reportedly been pushing her father to implement such a plan. The movement to provide paid family leave has been gaining steam around the country over the past few years. As we have reported, California, Rhode Island, Washington, New Jersey, New York, and the District of Columbia have all implemented some form of paid family leave.

While the President provided few details in his speech to Congress, some details have been leaked from the press. According to a number of reports, the Trump family leave plan would: 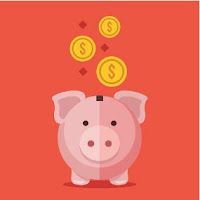 The Tax Foundation has estimated that such a plan would cost the federal government $500 billion in lost revenue over the course of a decade. The President has said that these costs would be offset by increased economic growth and by reducing fraud and waste.

It will be interesting to see if such a plan will pass Congress. Paid family leave is not an issue that has broad support among conservatives, so the President would need to bring together moderate Republicans and Democrats to pass such a law. So far Democrats have not shown much interest in working with the President, but if they were presented with the opportunity to pass a paid-family leave law, which has been an important part of the Democrat platform, it would be hard to see them vote against it. Stay tuned to our blog for the latest updates on President Trump’s policies.