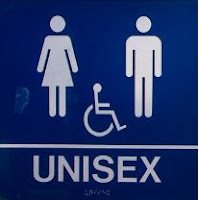 In the ever evolving world of LGBTQ rights, there has been yet another new development. Transgender rights issues came to the forefront in 2016. Most notably, these issues arose as various states and local governments attempted to legislate either for or against the rights of transgender people. The most common disputes occurred over restroom and locker room use. One of the most publicized and controversial legislative actions involved the State of North Carolina and House Bill 2.

House Bill 2 (“HB2”) was enacted to combat efforts by the City of Charlotte to ban discrimination against LGBTQ people in public accommodations, such as restrooms and locker rooms, and in employment. HB2 provided that local government could not prohibit discrimination against LGBTQ people and more specifically that people were required to use the restroom or changing room that corresponded to the the sex listed on their birth certificates. The requirements that restroom and changing room use had to be consistent with the sex listed on one’s birth certificate was particularly bothersome to transgender people, many of whom are uncomfortable in facilities that don’t correspond to the gender with which they identify.

In response to HB2, businesses, entertainers and even the NCAA elected not to do business in North Carolina. The financial impacts of these decisions were significant. Most recently, the state felt the impact of the loss of tourist income from the NCAA’s March Madness basketball tournament. The law was even an issue in the 2016 governor’s race where the current democratic governor was able to unseat North Carolina’s incumbent republican governor.

Last week, North Carolina’s new governor, Roy Cooper, signed into law what many view as a compromise to HB2. House Bill 142 (“HB142”) changes some, but not all of the discriminatory provisions of HB2. For example, HB142 provides that state law will govern who may access restrooms, locker rooms and changing facilities that are designed to allow for use by more than one person. However, the new law removes language that specifies who may use which restroom, i.e. the birth certificate language mentioned above. In addition, the new law still prohibits local governments from legislating for or against discriminatory practices. This provision of the law will sunset in 2020, but until then, anti-discrimination laws like the one advanced by the City of Charlotte would still be illegal.

In the grand scheme, this decision probably has everything to do with economics and nothing to do with the rights of LGBTQ people. But even if this change in the law is solely motivated by the economic impacts of lost tourism and economic opportunity, it does signal that the fight for LGBTQ equality may now be one that is waged on both legislative and economic fronts.

In Illinois, those who provide public restroom and locker room facilities, as well as employers are still governed by the Illinois Human Rights Act which prohibits discrimination based upon LGBTQ status. While there are many things that legislators in Illinois can’t seem to get right these days, the decision not to discriminate against LGBTQ people seems to be a wise one for a variety of reasons. And while the fledgling administration of President Donald Trump has been a concern of the LGBTQ community, it seems like taking on LGBTQ rights may be lower and lower on the agenda given recent policy set backs. As always, we are pleased to address questions or concerns regarding this or any other labor and employment concerns our readers may have.