Home / Business/Commercial Practice / Employment / Labor Relations / Personnel / SHOULD YOU HAVE A HALLOWEEN CELEBRATION AT WORK?

SHOULD YOU HAVE A HALLOWEEN CELEBRATION AT WORK?

Halloween, despite many people’s obsession with weight, is still a popular day for celebration for adults. It can be a light hearted holiday where people can show their creative or humorous side in dressing up in a costume that can range from fun and simple to elaborate. And there’s the candy – always a treat. But celebrating Halloween at work can also be tricky (smooth use of the words trick or treat, right?).  Many workers, and employers as well, want to use the day as a time for a little fun at work, but is that a smart idea.

The benefits are obvious. Workers can have fun dressing up and participating in a costume contest for nominal prizes (so no one is upset if they think the contest was “rigged”).  Employees and/or employers can bring in treats for everyone to enjoy. It builds camaraderie and can reduce workplace stress by allowing a little fun to happen in the day. 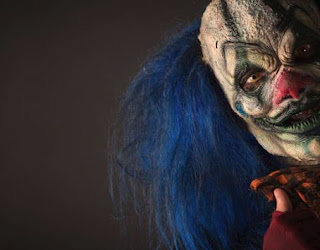 But, there’s a negative side to Halloween at work, too.  Without fairly strict costume guidelines, employees can end up inadvertently offending co-workers; and don’t get me started on the whole weird scary clown phenomenon.

Although many people forget, Halloween has its roots in religion. The day goes back to a Celtic festival marking the time when, the Celts believed, the spirits of those who died in the preceding year would come back, seeking living bodies to possess. People dressed as ghouls and tried to frighten away the spirits. Later, it became more of a harvest festival celebrated by Romans and when Christianity came to the same area, with its All Saints Day or All Hallow’s holiday on Nov. 1, the ancient festival became the eve of the Christian celebration. The name Halloween is from the term “All Hallow’s Eve.” Halloween may represent contrary religious beliefs to some workers, or others may carry the original belief of the Halloween celebration and not see it as the candy-filled fun day that most others do.

At this point, readers may be thinking that we’ve over thought the whole issue, but in these times of ever increasing employment litigation, we think it’s well worth thinking about it a little beyond whether you can find that old Richard Nixon mask in the basement or whether you want to go full blown Hillary. We’re saying that if an employer wants to sponsor a Halloween event at work, they should heed this advice:

1. Don’t make everyone participate. If celebrating Halloween is against an employee’s religious beliefs, or they just don’t enjoy Halloween, don’t offend them by forcing them to join in or allow other workers to tease them for opting out. 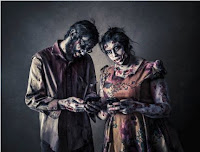 2. Issue strict guidelines on costumes. Remind employees that their Halloween costume cannot be more revealing than the dress code allows for their day to day clothes. Costumes cannot poke fun at any ethnic or religious group or at either gender, sexual orientation, or transgender individuals (NO CAITLYN JENNER COSTUMES). You might be surprised how insensitive people can be when they think it’s all in the name of fun. The problem for employers in these situations is that the employer will share the blame if anyone is offended. Even in this contentious political season when it would be so easy to dress as caricatures of the two presidential candidates from the major political parties, costumes, like political jokes, can go too far and offend some individuals.

3. Have healthy treats along with sugary ones: Employees with medical conditions and others who are watching their diet will appreciate an alternative to all that candy and sugary food and won’t feel left out of the festivities.

4. Keep prizes minimal for the costume contest: Some employees are uber-competitive and might actually feel bad if they don’t win the contest. Gag prizes might even be a better option.


5. Gently remind employees that it’s still a work day even if they’re in costume: Employers want their employees to have some fun, but not so much that little actual work is done on Halloween.