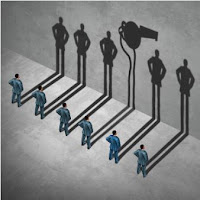 The Whistleblower Protection Act (WPA) is federal law that provides protection for federal employees. The Sarbanes-Oxley Act of 2002 and the Dodd-Frank Wall Street Reform and Consumer Protection Act (Dodd-Frank Act) provide protections, primarily from public companies subject to the registration or reporting requirements of the Securities Exchange Act of 1934, as well as particular individuals and entities related to those companies. The False Claims Act allows private persons or employees to file suit, on behalf of the U.S. Government, against those who have cheated the Government. The aforementioned federal laws provide a fair amount of protection to whistleblowers, however, what about state whistleblower laws? This blog post is the first in a series of blog posts which will guide readers on what they need to know about whistleblower protections.

Who are the Covered Employers?
The Illinois Whistleblower Act applies to both private and public employers, including units of local government.

The Act contains a provisions that prohibits "other relation" which is defined as "[ajny other act or omission not otherwise specifically set forth in this Act, whether within or without the workplace, also constitutes retaliation by an employer under this Act if the act or omission would be materially adverse to a reasonable employee and is because of the employee disclosing or attempting to disclose public corruption or wrongdoing."  Finally, the Act prohibits an employer from threatening an employee with an act or omission that would qualify as relation.

The court held in Coffey v. DSW Shoe Warehouse, Inc. that the Illinois Whistleblower Act (IWA) protects an employee who discloses a possible violation of law by a third-party, rather than by an employer. The plaintiff, a former assistant manager at a DSW store, made an executive decision to have one of the store's associates call the police because of suspected shoplifters. The decision was made after one of the DSW associates told the assistant manager that a group of female customers who the associate suspected of shoplifting four days earlier had returned to the store. Before the police arrived, all but one of the female suspects had left the premises in a running car that had been waiting in front of the store. Although the police officers questioned the remaining suspect, no arrest was made. Plaintiff believed that the remaining suspect was a part of the group because she was on her cell phone and entered the store at the same time as the group the associate suspected of shoplifting. Plaintiff was subsequently terminated for violating a DSW policy, which prohibited employees in her position from calling law enforcement.

The court stated that "IWA applied to a situation in which a retaliated-against employee disclosed possible violation of the law by third party, rather than misconduct by employer." The court added that "IWA creates a private cause of action when an employer "retaliate[s] against an employee for disclosing information to a government or law enforcement agency, where the employee has reasonable cause to believe that the information discloses a violation of a state or federal law, rule, or regulation."  ("If an employer takes any action against an employee in violation of Section 15 or 20, the employee may bring a civil action ..."). The court stated, "what matters is whether a plaintiff's belief that the law had been violated was reasonable, not whether it was correct."

What are the Potential Damages?
The Act allows employees alleging a violation of Sections 15 or 20 to bring a civil suit against the employer "for all relief necessary to make the employee whole," including: