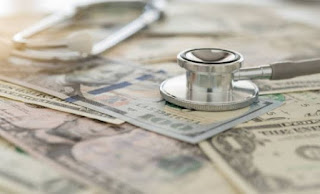 The October 12, 2017 Presidential Executive Order Promoting Healthcare Choice and Competition Across the United States has been greeted with a lot of political rhetoric about its effects, primarily with respect to the Patient Protection and Affordable Care Act (ACA).  But let’s talk about what it does, and doesn’t, do.

The Executive Order states that:

“[i]t shall be the policy of the executive branch, to the extent consistent with law, to facilitate the purchase of insurance across State lines and the development and operation of a healthcare system that provides high-quality care at affordable prices for the American people”.

The Order directs the relevant departments of the Executive Branch (primarily the departments of Labor, Treasury, and Health & Human Services) to “consider” proposing regulations to enable and expand the availability of association health plans (AHP’s), short-term, limited-duration insurance (STLDI), and health reimbursement arrangements (HRA’s).  So, right now, there are no regulations in place that authorize deviation from existing rules governing the ACA and ERISA, among other statutes.  But, if there were such regulations, what would they do?

Stand-alone (non-integrated) HRA’s were in relatively common use before 2014, when the federal government (the IRS and the Departments of Labor and Health and Human Services) issued guidance requiring, in most cases, that an HRA operate in conjunction with the employer’s health insurance plan.  The concern was that, without such guidance, employers would be encouraged to offer HRA’s in lieu of health insurance, in effect subsidizing the cost to employees of obtaining their own insurance through the ACA Marketplace.

There are a number of options for expanding the use of HRA’s, including allowing the rules for integrated HRA’s to apply to non-integrated HRA’s, or applying the QSEHRA model to employers of all sizes.   At this time, no predictions can be made as to the direction that the new regulations or guidance may take with respect to HRA’s, or, for that matter, AHP’s or the expansion of STLDI.