Prescription Drugs: What is an employer entitled to know?

Author -  Bob McCabe Date - Thursday, November 02, 2017 ADA Business/Commercial Practice EEOC Employment Judicial Personnel
Regularly, employers must address issues involving employee policies that require the disclosure of certain prescription drugs that may affect an employee’s ability to do his job.  A recent case out of Washington D.C. involving an F.B.I. agent and steroid use sheds some additional light on this subject. 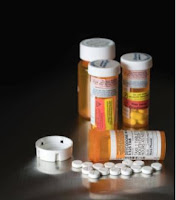 In 2012, FBI agent Matt Litton was fired from his job for failing to disclose that he had been using testosterone and human growth hormone (“HGH”) on agency medical forms.  Litton said that he thought that the use of these substances did not need to be disclosed because they were being used to treat his infertility which had nothing to do with his ability to perform the essential functions of his job.  The FBI took the position that the use of the drugs needed to be disclosed and that Litton’s failure to do so was untruthful.  The F.B.I. also took the position that it did not believe Litton’s stated reason for using testosterone and HGH.  The F.B.I. believed that Litton was using the drugs to enhance his performance on the agency’s elite hostage rescue team.

Ultimately, Litton’s case made it to the Merit Systems Protection Board, which allows federal employees to appeal adverse and allegedly unfair employment actions.  While most F.B.I. disciplinary cases do not get reviewed by this Board, Litton’s case was different because of his status as a military veteran.  Litton presented his case to the Board and ultimately, a judge ruled in his favor.  The basis for the judge’s ruling was that Litton had a disability.  The disability was his sterility.  The judge ruled that Litton did not need to disclose the treatments that he was receiving, which included the drugs that he was taking.  The judge stated that the F.B.I.’s use of the medical form requiring disclosure of the drugs in question violated the Americans with Disabilities Act (“ADA”).  In addition, the judge stated that he believed that Litton was telling the truth when he said that the only reason that he was taking testosterone and HGH was to treat his infertility.  The judge has ordered that Litton be reinstated and that he receive $700,000 in back pay.  The F.B.I. has appealed the judge’s ruling.

All of this begs the question, what can an employer inquire about when it comes to prescription drugs?  The ADA addresses this question, and the EEOC provides helpful guidance to employers.  The ADA prohibits employers from making disability related inquiries of applicants and employees unless the inquiry is job related and consistent with business necessity.  The EEOC guidance on the issue of prescription drug inquiries provides that to require disclosure of prescription drug use from an employee, each of the following three elements must be present:


In the case of F.B.I Agent Litton, it is relatively clear that Litton’s use of testosterone and HGH for the purpose of treating his infertility is not the kind of situation that would warrant disclosure using the factors set forth above.  While his position does affect public safety, there was no evidence that the use of testosterone and HGH for the stated purpose and under the supervision of a physician affected Litton’s ability to perform the essential functions of his job resulting in a direct threat.  The evidence presented to the Merit Board judge did not support the F.B.I’s position that disclosure of the use of these drugs was necessary.

While an argument can certainly be made that the unsupervised and illegal use of steroids and HGH may pose a direct threat to the public by impairing an agent’s judgment in potential high stress use of force situations, the evidence in Litton’s case did not support this argument.  Notwithstanding the fact that the doctor supervising Litton’s treatment was a suspect in a criminal investigation, in the end, the criminal case fell apart and the F.B.I. lacked the evidence to support its theory that Litton was misusing the drugs he failed to disclose and that he was not using them for the stated purpose.  And the bottom line is that if Litton was using these drugs to treat infertility, the ADA does not require disclosure.

To be safe, if you are requiring disclosure of prescription medications, make sure that those disclosures are job related and consistent with business necessity.  Finally, follow the three step process set forth in the EEOC guidance discussed above.  In the end remember that questioning an employing about prescription drug use is a very sensitive subject and taking the time to speak with your employment attorney may be the safest course of action before making a final decision.