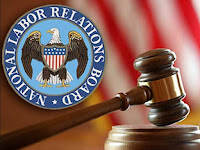 Signaling a definite shift in general philosophy by the agency, the NLRB recently reversed its position on the ability of unions to solicit members in public spaces within an employer’s facility.

In UPMC and its Subsidiary, UPMC Presbyterian Shadyside, single employer d/b/a UPMC Presbyterian Hospital and d/b/a UPMC Shadyside Hospital and SEIU Healthcare Pennsylvania CTW, CLC, the employer contracted with another company to operate an employee cafeteria inside the hospital. There was no rule against non-employees meeting staff for meals or breaks in the cafeteria, but there was no evidence that employees or non-employees had ever engaged in solicitation previously. During an organizational campaign, two non-employee union representatives met with some employees in the cafeteria and displayed union materials on a table there. The union representatives also attempted to solicit union support from at least one non-employee, who was there meeting her friend, who was an employee, for lunch. Someone called security to complain about the union’s activities. During investigation of the complaint, security required individuals to show their employee identification and ultimately escorted the union representatives out of the cafeteria. The union filed an unfair labor practice charge alleging interference and discrimination against it and its members by restricting union activity in the public space within the employer’s facility.

In the past, the NLRB has generally held that public spaces within an employer’s facility are appropriate for union activity. The agency overruled those decisions, finding that:

to the extent that Board law created a "public space" exception that requires employers to permit nonemployees to engage in promotional or organizational activity in public cafeterias or restaurants absent evidence of inaccessibility or activity-based discrimination, we overrule those decisions. As the Supreme Court has stated, "[t]he Act requires only that the employer refrain from interference, discrimination, restraint, or coercion in the employees' exercise of their own rights. It does not require that the employer permit the use of its facility for organization when other means are readily available."...Accordingly, we find that an employer does not have a duty to allow the use of its facility by nonemployees for promotional or organizational activity. The fact that a cafeteria located on the employer's private property is open to the public does not mean that an employer must allow any nonemployee access for any purpose. Absent discrimination between nonemployee union representatives and other nonemployees—i.e., "disparate treatment where by rule or practice a property owner" bars access by nonemployee union representatives seeking to engage in certain activity while "permit[ting] similar activity in similar relevant circumstances" by other nonemployees—the employer may decide what types of activities, if any, it will allow by nonemployees on its property.

Readers are reminded that the NLRB enforces the National Labor Relations Act, which is exclusive to private employment relationships. Nevertheless, the ILRA virtually mirrors the NLRA, and the ILRB often relies on NLRB case law as guidance. Therefore, all employers should be aware that public spaces in employer facilities are generally not automatically appropriate for union solicitation and campaigning. Rather the union has the burden of showing that no other reasonable means of communicating its organizational message to the employees exists or that the employer's access rules discriminate against union solicitation.