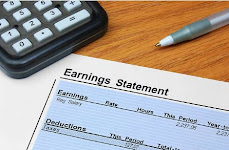 With September 1st upon us in under a week, we not only have to face the end of summer but also whether or how to implement the presidential executive memorandum providing relief from Social Security payroll tax withholdings for employees for the remainder of the year.

It probably needs no reminder but on August 8th of this year, President Trump issued an Executive Memorandum directing the Secretary of the Treasury to issue guidance that suspends the employee portion of the Social Security payroll tax for employees making less than $4,000 bi-monthly (roughly $104,000 annually). This payroll tax relief for workers only (employers must still pay their portion) would expire at the end of the calendar year.

Two immediate problems exist for employers. The first is the fact that the Treasury Secretary has yet to issue guidance on this. A close reading of what the president signed reveals that it is certainly his intention to provide this payroll tax relief, but that’s not exactly what he ordered. He actually ordered the Treasury Department to prepare guidance to effectuate that relief. Without any guidance issued to date, employers wonder whether the payroll tax relief is in effect, or whether they should wait until guidance is issued since that is literally what the president directed.

This leads to the second problem for employers. If employers stop withholding the employee portion of the Social Security tax as of September 1st, but when the guidance issues from the Treasury Department it turns out that their actions do not conform to the guidance, employers will likely be financially responsible for any corrections. On the flip side of that, employers who discontinue the employee Social Security tax withholding as of September 1st and the guidance ultimately delays or changes that responsibility, will likely be financially responsible for those corrections. Add to this conundrum the fact that some have threatened to litigate the validity of the president’s method here. Thus the "rock and a hard place" reference in the title of this post.

Conservative employers may decide to wait until the guidance issues to implement the tax relief. Those who do must be prepared to refund employees the amount withheld if so directed in the eventual guidance. Others may believe that it is better to suspend those withholdings because that was clearly the president’s intent and the likely guidance from the Secretary of Treasury, as well as what many employees are expecting.

In sum, no good answer exists, but one thing is for sure; it is important to clearly communicate with employees about the situation and the route taken by your organization. Equally important is the reminder that the president’s memorandum was to delay, not forgive, the tax. It remains possible that the tax will be due and payable after the first of the year.

In the meantime, we anxiously wait on the Treasury Department for more information.