Last Monday, we started our series on workplace bullying. Here is Part Two...

Sometimes employees who are not decision makers make statements or do things which seem to evidence discrimination on the part of the employer. When a disgruntled employer later feels that they have been the victim of discrimination by the employer they sometimes try to link the words or actions of the non-decision making employee to the decision of the employer to show unlawful intent. It’s called the “cat’s paw” theory. In a recent Seventh Circuit employment discrimination case, Turner v. Hirschbach Motor Lines (April 24, 2017), the court discussed this theory and noted the importance of having a solid non-discriminatory reason for taking an adverse employment action.

Tuner applied for a position as a truck driver at Hirschbach, a trucking company. He was required to take a routine pre-employment drug screen. He failed the drug screen, testing positive for marijuana, and Hirschbach did not hire him. Turner alleged racial discrimination, but the lower court granted summary judgment holding that Turner failed to produce evidence that the alleged racial animus of a Hirschbach employee who was not a decision maker resulted in the decision not to hire him and that Hirschbach and a medical doctor conspired to cancel Turner’s request for a second drug test.

The only evidence that Turner produced to support that the non-decision maker had any sort of racial bias was his own testimony that she allegedly stared at him and on one occasion, whispered insults to him. Of course this did not change the fact that Turner tested positive for marijuana, the employers stated reason for not hiring him.

Turner also alleged that, after failing the drug test, he asked that the second half of the split urine sample from his drug test be re-tested. Turner alleges that he received notice of the failed test from Hirschbach through its medical review officer (“MRO”) Dr. Richard Thompson. Turner admits that he never requested a second test from Dr. Thompson. He claims that he made the request to Lester Winegarden, Hirschbach’s safety officer. Turner alleges that Winegarden told him that the second test would be a “waste of time.” Turner says that he then asked Winegarden, “Are you telling me that there’s some racial b***s*** that your pulling me into?” Turner alleges that Winegarden said, “Yeah, you got it. You got it now.” Winegarden denied all of these allegations and stated that the only way he would have cancelled a split test is if Turner had requested it.

Turner then left Hirschbach’s orientation program, and he was not hired. Hirschbach reported Turner’s positive test results to an industry consortium from which future employers could seek Turner’s test results provided that that he gave them permission to do so. Department of Transportation regulations allowed Hirschbach to report the test results. Turner then filed suit against Hirschbach alleging Title VII violations for refusing to hire him because of his race, discriminating against him by reporting his drug test results to the consortium and conspiring with Dr. Thompson to cancel the split test.

Under the “cat’s paw” theory, Turner alleged that Winegarden, motivated by discriminatory intent as evidence by his alleged statement to Turner, influenced the actual decision maker not to hire Turner. The court declined to accept this theory of liability finding that Turner produced no evidence that the first drug test was unreliable or that the second drug test would have been negative. In short, the court found no evidence that any Hirschbach employee refused to hire Turner for any reason other than that he failed a pre-employment drug test.

The biggest take away in this case is that consistency helped this employer prevail at summary judgment. Employees can always make outlandish claims about alleged discriminatory behavior and statement. While these statements have become ever more rare in today’s employment environment, when they are alleged to have been made without any witnesses other than the complainant and the alleged offender, they become factual disputes.

In this case, despite the allegation that Winegarden told Turner this was all about race, nothing could change the fact that Turner failed his drug test. The undisputed evidence supported the conclusion that Hirschbach’s decision makers would not hire individuals who failed drug tests administered by independent medical testing facilities. The same consistency defeated that claim of racial animosity for reporting the test results to the industry consortium. The undisputed evidence supported the conclusion that Hirschbach always did this. The conspiracy theory failed because Turner simply had no evidence of an agreement between Dr. Turner and Hirschbach to cancel the test. Having no evidence is always a hard thing for plaintiff’s to overcome. 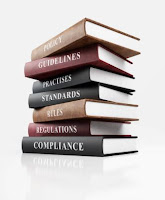 In the end, remember the importance of consistency. Consistent and reasonable practices will always help to defeat discrimination claims. Also, it doesn’t hurt to have an undisputed positive drug test. In this case, Turner would have needed to be able to prove to a jury that race and not his failed drug test motivated Hirschbach’s decision not to hire him. The court held that a jury could not reasonably arrive at this conclusion given the evidence.


If you have questions or concerns regarding how your organization handles drug testing matters as they relate to hiring and disciplinary decisions, please do not hesitate to contact an Ancel Glink labor and employment attorney.