Newly Appointed NLRB General Counsel and the Changes that Follow 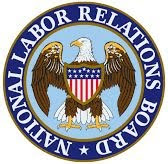 Late last week, Peter Robb, the National Labor Relations Board’s new General Counsel (“GC”), issued a memorandum identifying the types of charges which should be submitted to his office for advice.  As the new GC, Robb has significant authority to establish new NLRB priorities and initiatives.

In his memorandum, Robb identifies examples of cases which should be submitted for advice, including certain Obama-era decisions.  He states, “[e]xamples of Board decisions that might support issuance of complaint, but where we also might want to provide the Board with an alternative analysis...”.  Those examples, in part, include the following:


Robb also states that, although he himself has not yet decided on “any novel legal theories” he wishes to explore through mandatory submissions via advice, he nonetheless will rescind memorandums issued by past GCs.  Such rescissions include:


Robb will similarly rescind initiatives seeking to do the following: