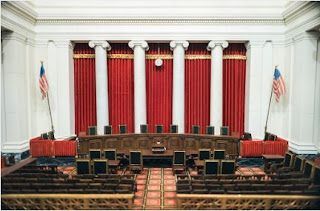 Usually, the U.S. Supreme Court makes headlines when it releases critical decisions on notable cases. However, on occasion, the high court makes headlines when they refuse to hear a case, which allows the lower court's opinion to stand. This occurred recently in a case about applying Title IX's equal protection provisions to school bathrooms for transgender students. You can read our post about the U.S. Department of Education's recent Notice of Interpretation, which applies Title IX's prohibition on discrimination to include a student's sexual orientation and gender identity here.

In Grimm v. Gloucester County School Board, the 4th Circuit determined that a local county school board violated Title IX when it barred a transgender high school student from using the bathroom aligned with that student's gender identity. In 2014, a Gloucester County, Virginia high school allowed Gavin Grimm, a transgender student, to use the boy's bathroom. However, parents complained about the policy and lobbied the school to require students to use the applicable bathroom based on their gender assigned at birth.

Grimm filed a lawsuit in federal court arguing the policy violated Title IX, which prohibits discrimination in education on the basis of sex. The 4th Circuit Court of Appeals concluded that the district did violate Grimm's constitutional rights. In 2017, the U.S. Supreme Court granted the school district’s request for a writ of certiorari (a motion by a party in a lawsuit requesting a high court to review a decision by an inferior court), but kicked the case back to the 4th Circuit for further review.

In February 2021, after the 4th Circuit affirmed their decision in Grimm, the school district appealed again to the U.S. Supreme Court but was denied. When the Supreme Court denies the appeal of a case from a federal circuit court of appeals, it results in the lower court's decision to stand. The 4th Circuit's decision in Grimm maintains the status quo—meaning other federal courts will cite Grimm when deciding similar issues.

Not only is the Grimm case one of the first to address individual protections based on gender identity, but the Court’s refusal to hear the appeal might signal a general position of the justices on the issue of transgender rights for all individuals, which is perhaps unexpected from a Court that is considered both conservative and comprised of many “strict constructionists.” While Illinois law provides protections based on gender identity, many states do not recognize such rights and the issue became somewhat dormant during the Trump era. We may see a greater focus on this topic again by courts and legislatures going forward.

You can read more about the case’s procedural history here.