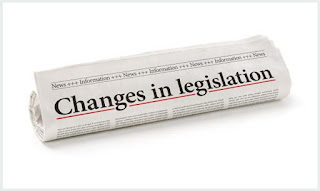 With another legislative session in the books, the Illinois General Assembly (IGA) sent a litany of labor and employment-related bills to the Governor's desk. Below is a synopsis of all new updates, including bills awaiting Governor Pritzker's signature or that he already signed:

The Illinois General Assembly made a series of notable changes to the IFWA in S.B. 0672 that employers should know regarding restrictive covenants (non-compete agreements) in employment contracts:

On July 7, 2021, Governor Pritzker signed H.B. 0118, which amends the Act by increasing the damages available to an employee for a wage claim of underpaid wages to five percent, up from two percent, for each month wages are not paid. This amendment went into effect immediately after signing.

The Illinois General Assembly passed S.B. 2486, which amends the Illinois Personnel Record Review Act to change an aggrieved employee's time to file an action alleging a violation from seven years down to three.

Under H.B. 0121, the Illinois General Assembly amended the IHRA by passing protections for immigrants authorized to work in the United States. Specifically, the amendment includes a person's work authorization status to be protected against unlawful harassment or discrimination.

H.B. 3582 amends VESSA to include that victims and family members of victims of violent crimes are subject to the provisions and protections of the Act regarding unpaid leave and prohibited discriminatory acts. Previously, the Act only protected victims and family members of domestic violence, sexual violence, and gender violence victims. Further, victims of violent crimes shall not be barred from collecting voluntary leave benefits under the amendment.